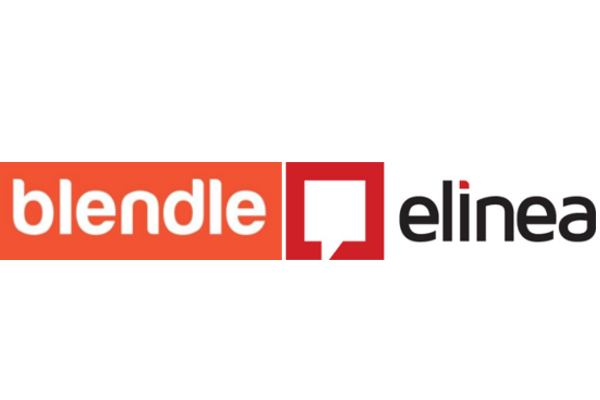 A few weeks ago, I interviewed Thomas Smolders, Blendle (via email) and Ivo Haak, eLinea (via telephone). Both dutch start-up want to make it easier to buy newspapers articles, but with a different business model. Alexander Klöpping, co-founder of Blendle, published an assessment after 4 months of existence. It is the moment to bring this interview out.

Can you make a short description of your projet ?

Thomas, Blendle : Blendle is, as some say, the ‘iTunes for print media’. It brings the stories from newspapers and magazines to an online environment.

Ivo, eLinea : Elinea is an online platform that bundles medias, newspapers, magazines and sells it to consumers for 10 euros a month in a “all you can read” formula.

How did you get the idea ?

Thomas, Blendle : Our founder, Marten Blankesteijn, got this idea while he was in the supermarket, looking at the range of magazines. He found good articles in different magazines, but didn’t want to pay for the entire publications. In the end he didn’t buy any magazine.

Ivo, eLinea : We got the idea about four years ago, when Internet usage grew quickly up. The “all you can listen or watch” packets like Spotify and Netflix became more and more popular. We tried it for magazines ! We launched a paid for article service, but it didn’t work. So we changed the business model. With an “all you can read” subscription, you can read everything.

How did the “paid for article model” happen not to work ?

Ivo, eLinea : Well, Blendle has a paid for article model. They do it better than we did because they allow users to buy credits and just to click one time to buy an article. Four years ago, technology didn’t exist. We had a very complicated system that deter people from buying an article.
By Elinea, we are excited to become the first “all you can read” offer. Now, we want to acquire a reputation.

How did you build the project ? How did you fund it ? Did you make a market research ?

Thomas, Blendle : Blendle was funded by some private investors and we got some grants from the government. There was no huge market research.

Ivo, eLinea : It has not been very expensive for us to build Elinea. We are just asking editors if they want to publish their articles on Elinea. Two years ago they didn’t want. Today, they are all saying yes.

Why are they know saying yes ?

Ivo, eLinea : The result per revenue of publishers is falling every year. They realize too late they have to be on the Internet. So they are trying a lot of things. Elinea and Blendle are part of them.

How do newpapers accept to sell their articles on Blendle ?

Thomas, Blendle : In the beginning it was quite difficult to convince publishers because we couldn’t show anything to them, but now that they see it’s working, so it’s easier to convince new publishers.

Why are you not offering an « all you can read » option ?

Thomas, Blendle : Because that’s quite a giant step for publishers.

How do you set the prices ?

Thomas, Blendle : The prices are set by the publishers themselves.

Ivo, eLinea : To fix the price of 10 euros for the “all you can read” bundle, we did a market research. We asked to people how much they would pay for an illimited access to 60-70 magazines. We repay publishers depending on the number of clicks. The value of a click is set with an individual agreement with each publisher. Values are between a few cents and several tens of cents. Spotify has the same model.

Today, how many people are using your service ?

Ivo, eLinea : We lauchned the “all you can read” formula in January. We have only a few hundreds subscribers right now. But we haven’t started the marketing campain. We expect more than 100 000 subscribers in two years.

How many articles have been bought yet ?

Thomas, Blendle : We don’t communicate these numbers (yet) !

How many article are read a day ?

Do readers use the Money-back option ?

Thomas, Blendle : This option is used 5% of the times.

Is such a project possible for video ?

Ivo, eLinea : In the begining, and that is very difficult for us, everything was free. When consummers had to pay for content, they refused. If you publish priced journalistic videos, it would definitely work. It depend of the content.

Are you competiting with Elinea and other projets ?

Thomas, Blendle : No, they have a different business model.

Are you competing Blendle and other projets ?

Ivo, eLinea : No. They have a different business model. There are thousands of publishers in the world, I don’t see why we can’t coexist.

Ivo, eLinea : Yes. The magazine Review is on both plateforms. Sanoma have a lot of things on Blendle as well. I think publishers are trying both and watching which one works.

Will your service perfom its activity in other countries like the UK, the USA or France ?

Ivo, eLinea : If it works here, it should work in the rest of the world ! People need to be able to read and have an internet access. Holland is actually quite small and its langage is only spoken in this country.

What are your works in progress ?

Thomas, Blendle : Making the platform as good as possible, and searching for other publishers abroad who want to cooperate with Blendle !

Ivo, eLinea : We have a partneship with Microsoft. The Windows app will be launched this week. PayPal is a partner we trust a lot. It is launching a fingerprint payment system. We will try to use it on Elinea.